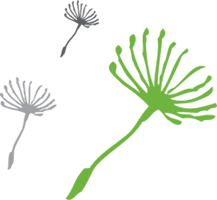 is a unique slash-and-burn heritage farm in the Nordic countries. At this small nature reserve visitors can go back in time and see how people lived and farmed in the past. Slash-and-burn agriculture has been practiced in North Savo Region from the 15th Century. Visitors can learn about slash-and-burn either in the farm yard or on either of the area’s two short nature trails.

The pastures around the Telkkämäki farm yard are bordered by the same kind of green leafed forest that was there during the change of the 19th and 20th Century. The landscape was formed as a result of slash-and-burn agriculture. Slash-and-burn has been a common way of clearing forest for farming. The last time this was used at Telkkämäki for traditional farming was in the 1930s. Today the land in the nature reserve is still burnt annually.

Come see different types of demonstration shows about the yearly cycle of life on a farm! In the middle of the forest you can find an old foundry, still in operation.
The foundry specializes in copper sand casting of bells.
The original building is now used as a museum, while the production moved to a newer building.